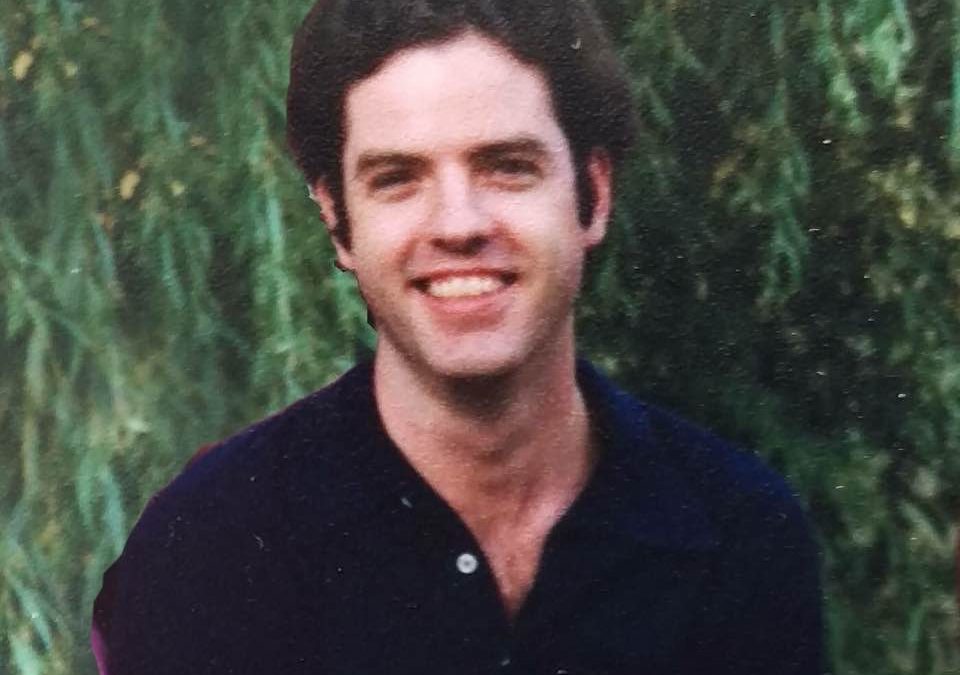 I think I can safely say that most of us have a lot of friends. With the use of social media, we might even say that we have thousands of friends, fans or followers. But how many are forever friends? Those very few special people that hold a unique place in your life. That friend who remains true and no matter how long it’s been since you’ve seen each other or spoken, you are able to pick-up right where you left off? I can count my “forever friends” on one hand. I just returned from the memorial service for a member of this shrinking group. I realize how difficult it is to relate to a story like this if you didn’t know this person, but I’m certain that each of you can relate to this circumstance. I refer to my lifelong friend Bill Jacques. (Jakes)

Bill and I first met when we were little boys. Our older sisters were friends. They hatched a plan that they’d get together and do their hair, nails, and other chick stuff. I had to tag along because I was in my sisters care that evening. When we entered the Jacques home, I was immediately attacked by their vicious little chihuahua, Chico. This little varmint attacked my ankles with ferocity, ripped up my socks and sent me screaming to a table top. The whole family rushed downstairs to rescue me. That’s how Bill and I met. I hated that dog! I don’t know what became of him but I would like to state publicly and for the record that I had nothing to do with it.

Bill and I didn’t click at that time. I suppose it’s because we were too young to have common interests. That would soon change with the arrival of The Beatles. It turned out that we were both big fans and we started playing guitars. We gorged on Beatle trivia and tried to learn how to play every song. I practically lived at Bill’s house. One December he called and said “My Mom wants to you grab your guitar, we are coming to pick you up. You didn’t argue with Bill’s Mom, period. She was a wonderful mother but she had a stare that could freeze you in your tracks. You only acquire that skill like by raising 7 children.  Mrs. Jacques took us to two hospitals and every nursing home in the area to play and sing Christmas Carols for all the patients and elderly residents.  It’s one of the great memories of my life. The senior citizens sang along and laughed at Bill’s corny jokes. We went home that day with a dozen different shades of lipstick on our cheeks and a wonderful feeling of fulfillment.

One more story on Mrs. Jacques. As I mentioned, I was always at Bill’s and frequently spent the night. One morning we all got up and headed downstairs for breakfast, usually french toast. We were all on the staircase and she looked right at me and said I’d Like to speak to you….Alone! (Gulp) The other kids on the stairs scattered like rats. I was terrified. She had that look. I sat down. I’m sure I was shaking and thinking “What have I done? She asked me if I knew a certain girl. I said yes, as a matter of fact, I met her at a dance last week at the YMCA. She said, “I know this girl. She is a customer in my beauty salon. She talks a lot and she is not truthful. I can’t tell you what to do, but I hope you will listen carefully to what I say. This is not a girl you want in your life” I did listen, and as always she was right. This brings me to why I loved Bill so much. He was really good people because his parents Roger & Edith were so engaged. They skillfully guided their 7 children who are all exceptional people because of vigilant, hands-on parenting. They not only raised their children….they raised their friends.

Bill Jaques was extraordinary, Hilariously funny in a quirky way and one of the kindest people I ever knew. We were practically inseparable until I accepted a job and moved to Denver. I ran into a mutual friend last summer at a fundraiser who pulled me aside and said he’d heard that Bill had some health issues and wasn’t doing well and that that I should get in touch with him. I did. Typical Bill. He laughed when I asked about him about how he was doing and said that he was just fine. It never crossed my mind that I’d never see him or talk to him again. As I would learn, he had fought cancer for years and never let on. He used his humor to keep those around him light and comfortable with his condition. Exactly what one could expect from this wonderful guy.

Finally, my point. I should have gone to Minnesota to see him myself. If you love someone, make sure you tell them. Don’t put it off. Life can be fickle. You just never know. Today, Bill is exactly what he was every day of his life.  A Free Spirit.

Excuse me, I’m going to go put some Beatles on.