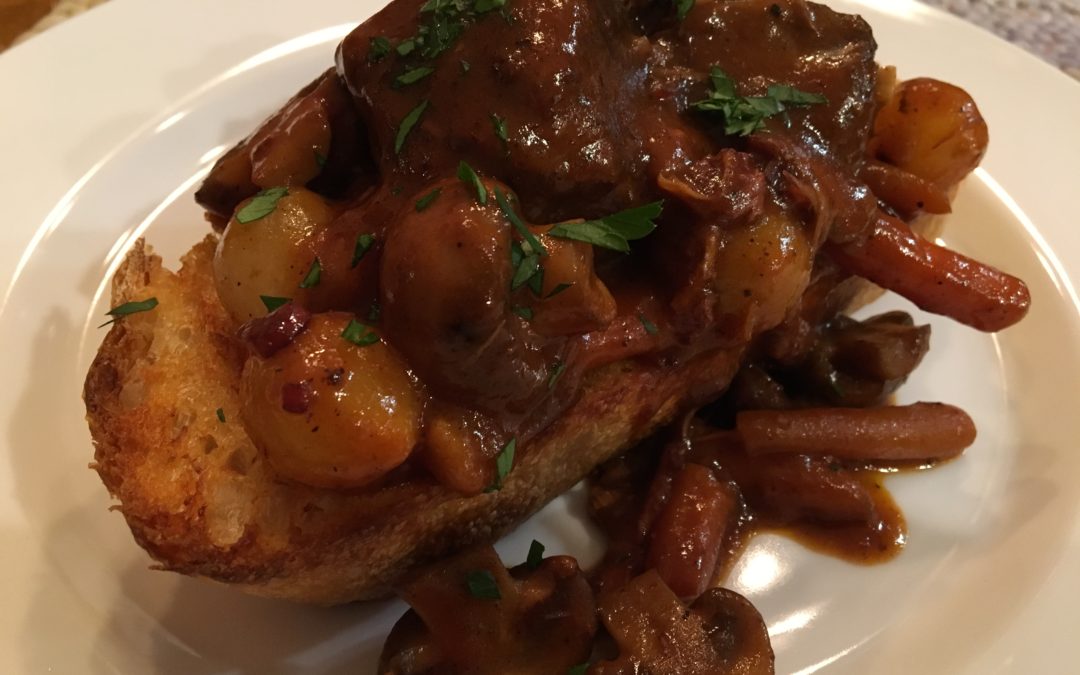 In early January, I conducted a survey to find out what winter comfort foods people enjoyed the most.  The response was incredible. I have been able to determine that there are about 20 go-to recipes that we all gravitate towards in the winter months.  Many were simple things like soup or macaroni and cheese.  One of the dishes mentioned most often was beef stew.
I got to thinking about that, and I recalled a recipe that Ina Garden made on the Food Network a few years ago when it was still watchable. The recipe was made famous by the late Julia Child.  We all make our own “tweaks” absolutely to recipes and here is my version which will turn an ordinary beef stew on it’s ear.  The flavor profile skyrockets when these ingredients are combined and cooked low and slow in red wine. I am making this on a snowy day and that pleases me. As the snow gently falls, the fireplace is glowing and the house smells amazing.

Set oven to broil.
season tenderloins on both sides with salt & pepper and wrap with bacon.  Secure with toothpick.  Place on broiler pan or cast iron skillet.  Broil for approximately 8 minutes, then flip to other side and go another 8 minutes.  (Ovens vary so I rely on an instant read thermometer.
I generally remove them at an internal temp of 110’ and let them rest for a few minutes.
While tenderloins are cooking melt half of the butter in a skillet with the white wine and the OLD BAY.  Reduce until the butter turns a nutty brown.  Add the chopped lobster meat and sauté’.This will happen quickly. Add the remaining butter and chopped garlic for about 30 seconds or until all the butter has melted.
Plate the steaks, top with lobster meat and spoon brown butter sauce over the top.