Going Back to Work! 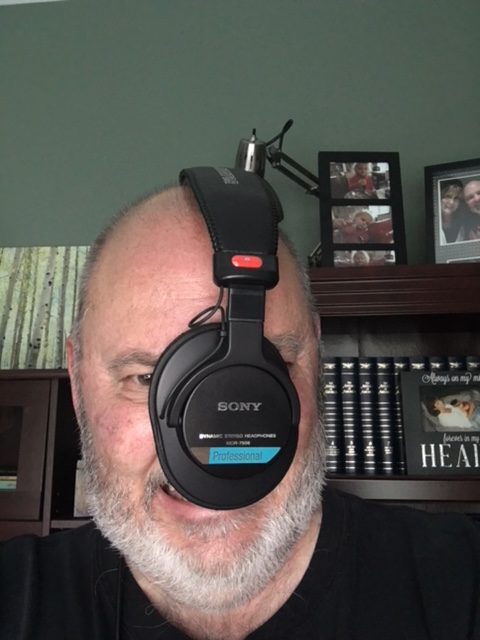 22 months of washing dishes is enough.  I’ll still be cooking, but not between 10:00am and 2:00pm.  Here is the press release that M106.3 WGLM put out.  I love ya!   Neal
“M-106-3 WGLM Is exactly what made me fall in love with local radio in the first place….This is going to be fun!”
Those words are quotes from Neal Dionne, former morning host in West Michigan on a rather powerful FM station. Neal has joined WGLM Radio in Greenville/Lakeview on M-106-3 to take on the midday announcer’s slot with the enthusiasm of a first-time radio job! He goes on to say, “I feel like a race horse at the starting gate…I can’t wait to get back on the air…I LIVE for this!”
While Neal may be known for radio hosting of the “Country” format, he brings a fresh sound to WGLM’s full-service format. Most West-Michigan listeners will recognize his voice right away, and after learning WGLM’s on-air systems from visiting the station over the past few weeks, he’s ready to take over midd-days soon! Neal chose to approach WGLM about getting back into radio after listening to Jim Aaron’s live morning show, and enjoying both the music and the small-town feel yet finding it a professional sounding station.
WGLM will celebrate 10 years of the call letters (which stand for Greenville, Lakeview, Montcalm, Mecosta) this year, and the addition of Neal Dionne couldn’t come at a better time. Local radio is more popular than ever, and WGLM is available not only on your FM dial at 106-3, but also on their website, their new I-Phone and Android Apps, and…on Amazon Echo devices, and Google Home Devices! With today’s technology, you can take WGLM’s hometown radio sound anywhere!
With nearly 25 years in broadcasting in West Michigan, Neal knows the area, and will no doubt bring fresh ears to the station, along with some of his (second) passion…great food. His website, (www.nealdionne.com) and his blog is where he shares his thoughts, recipes, and more…Neal officially goes from “Recovering Radio Personality” to “On the Air” on Monday May 14th.
WGLM looks forward to Neal being on the team, and hopes you’ll make him welcome as well. Follow him on Facebook, and through WGLM’s social media!